Close
COVID-19 UPDATE: We are fully operational as an essential part of your supply chain. Our offices, warehouses, production,
and trucks are running with enhanced hygiene programs to protect the safety of our customers and employees. Call in your order today!
Call Toll Free 8AM-5PM EST: (800)-225-0484

PPC started in 1961 as a pioneer in frozen seafood packaging.

Throughout the years PPC has evolved, grown, and established itself as a perishable packaging innovator and leader in this industry.

We broadened our success to include a large variety of products and industries while staying true to our superior quality and service goals.
PPC was started by, Ted Heidenreich Jr, to develop innovative perishable packaging solutions for sectors of the seafood industry not being properly served by the food packaging manufacturers. Over 55 years later PPC remains an industry leader proudly owned and operated by Ted's family and many long-time employees who carry on his legacy of continually developing new perishable packaging solutions for evolving needs.

Created Modular Fillet Container!
PPC built the first set of modular fillet containers which has set the standard ever since!
1980
Pioneered Arctic Box®!
Created a line of insulated shippers to protect seafood in transit to supermarkets & restaurants that remains an industry standard today.

PPC remains a private company whose strength is grounded in experience and a 'can do' company culture. Let us work with you to develop the perfect shipper for your product!
2019
Packaging Products Corporation became a division of Pacific Packaging Products in order to increase value to customers and the perishable goods industry through the merger broadening its geographical reach, greatly expanding product offerings, and bringing on board Pacific's expertise in supply chain optimization and automation capabilities. 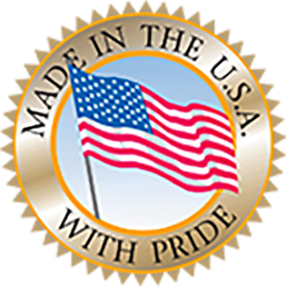